John Cliffe has practiced law continuously since 1977, initially in private practice, in public practice as Crown Counsel employed by the Public Prosecution Service of Canada (PPSC) and now as a founding partner of Cliffe Tobias.

Though Vancouver has always been his home, and his Bachelor degrees in Commerce (B.Comm) and Law (LLB/JD) are from the University of British Columbia, John’s experience as a criminal lawyer has taken him across Canada, the United States and Mexico. He is called to the Bars of British Columbia, Yukon, and the Northwest Territories, and actively practices in these jurisdictions. He has also practiced in Nunavut.

John has handled numerous cases of varying degrees of complexity and profile under the Controlled Drugs and Substances Act and the Criminal Code. He also has a particular interest and expertise in regulatory prosecutions covering matters such as environmental protection, natural resources, occupational health and safety, consumer protection and transportation safety.

In addition, John has provided legal advice and training to Federal, Provincial and Territorial regulatory officials, technicians and scientists. He has also been a regular instructor at the PPSC School for Prosecutors teaching regulatory law and practice, and expert evidence.

John is a facilitator for the Continuing Legal Education Society of British Columbia (CLE). In addition to his participation on panels dealing with criminal law and regulatory prosecutions, he is a senior instructor in the popular and well-attended annual CLE Winning Advocacy Skills Workshop. He has been a guest lecturer in the field of environmental law at the University of British Columbia, University of Victoria, and Vancouver Island University. John has also addressed this field at conferences and seminars presented by the Canadian Institute, Insight, and Bar associations, amongst others. Working with the Honourable Michel Bourassa under the name witnessprep.ca, John provides instruction and training to potential witnesses, including those who will be giving expert testimony.

Since returning to the private sector, John’s practice has expanded to include criminal and regulatory defense work and administrative law.

John’s work as Crown counsel has been recognized by The Canada 125 Medal (1994), The Public Service Award of Excellence (2008), and The Queen Elizabeth Diamond Jubilee Medal (2012). He was appointed Queen’s Counsel (now King’s Counsel) by the Attorney General of British Columbia in 2009.

It is said that John has a big heart and warm sense of humour. His weaknesses are old dogs and his “geriatric” pick–up truck. 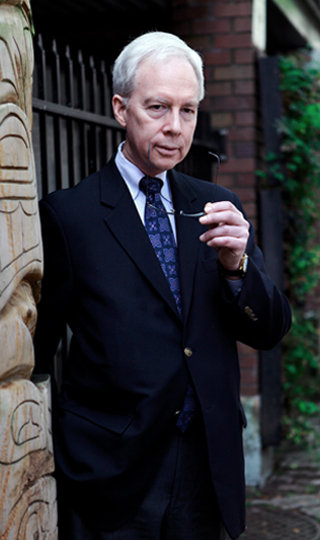