Cheryl Tobias has always approached law as an opportunity to litigate cases of unique demand, perspective and boundaries. In fact, the ever-changing, mixed bag of a portfolio requiring crash-courses in anything from First Nations’ history and culture to surveillance techniques and methods of navigation might just be one of her favourite parts of the job.

After graduating from UBC’s Law School and articling with the Department of Justice, Cheryl joined its Criminal Law Section (now the Public Prosecution Service of Canada) until 2000, when she moved to the Regional Director’s office. Her criminal caseload consisted of numerous drug prosecutions and regulatory prosecutions spanning a range of regulatory matters pertaining to statutes such as the Income Tax Act, Fisheries Act, Food and Drugs Act, and more. She also litigated several high-profile Aboriginal rights cases, including the Supreme Court of Canada appeals in Mikisew Cree and Lax Kw’alaams. Much of her practice, especially since 2000, consisted of appeals up to and including the Supreme Court of Canada dealing with constitutional, criminal, and Aboriginal rights issues, such as Sharpe, Mentuck, Kapp, Little Sister’s, and many more. Recently, Cheryl was lead counsel for the Canadian government at the Missing Women Inquiry. Her accolades and achievements include the Deputy Minister’s Innovation Award for researching, designing and implementing the High Impact Case Strategy (2006), the John Tait Award of Excellence (2012), and the Queen Elizabeth Jubilee Medal (2013). She was appointed Queen’s Counsel (now King’s Counsel) in 2008.

Inspired by an enduring interest in teaching and mentoring, Cheryl conducted numerous presentations and workshops over the years of her career, and ran the articling student program at the Department of Justice for many years. A prime example is her regular participation as team leader in the Continuing Legal Education Society of BC (CLE)’s annual Trial Advocacy workshop. She also mentored and advised many law students, lawyers, and other professionals during her career with the Department of Justice.

Cheryl spends as much time as possible at her Gulf Islands vacation home, traveling, entertaining friends and family, cultivating new garden projects or walking BC’s beautiful trails. One of these days, she might just sit down for more than five minutes and put her feet up… 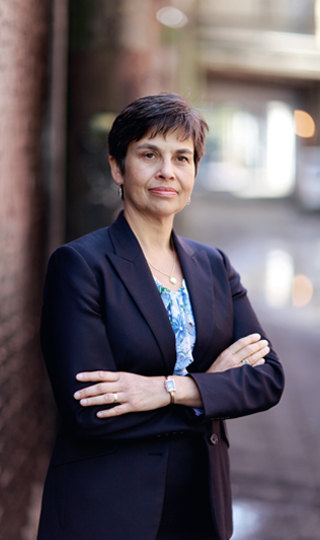